Mesa/Boogie (also known as Mesa Engineering) is a company in Petaluma, California that manufactures amplifiers for guitars and basses. It has been in operation since 1969.

MESA was started by Randall Smith as a small repair shop which modified Fender Amplifiers, particularly the diminutive Fender Princeton. Smith's modifications gave the small amps much more input gain, making them much louder as well as creating a high-gain, distorted guitar tone. Prominent early customers included Carlos Santana, and Keith Richards of The Rolling Stones. Exposure from these top players helped to establish Mesa/Boogie's position on the market, and it is frequently referred to as the first manufacturer of boutique amplifiers. 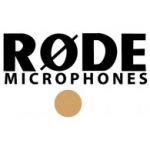